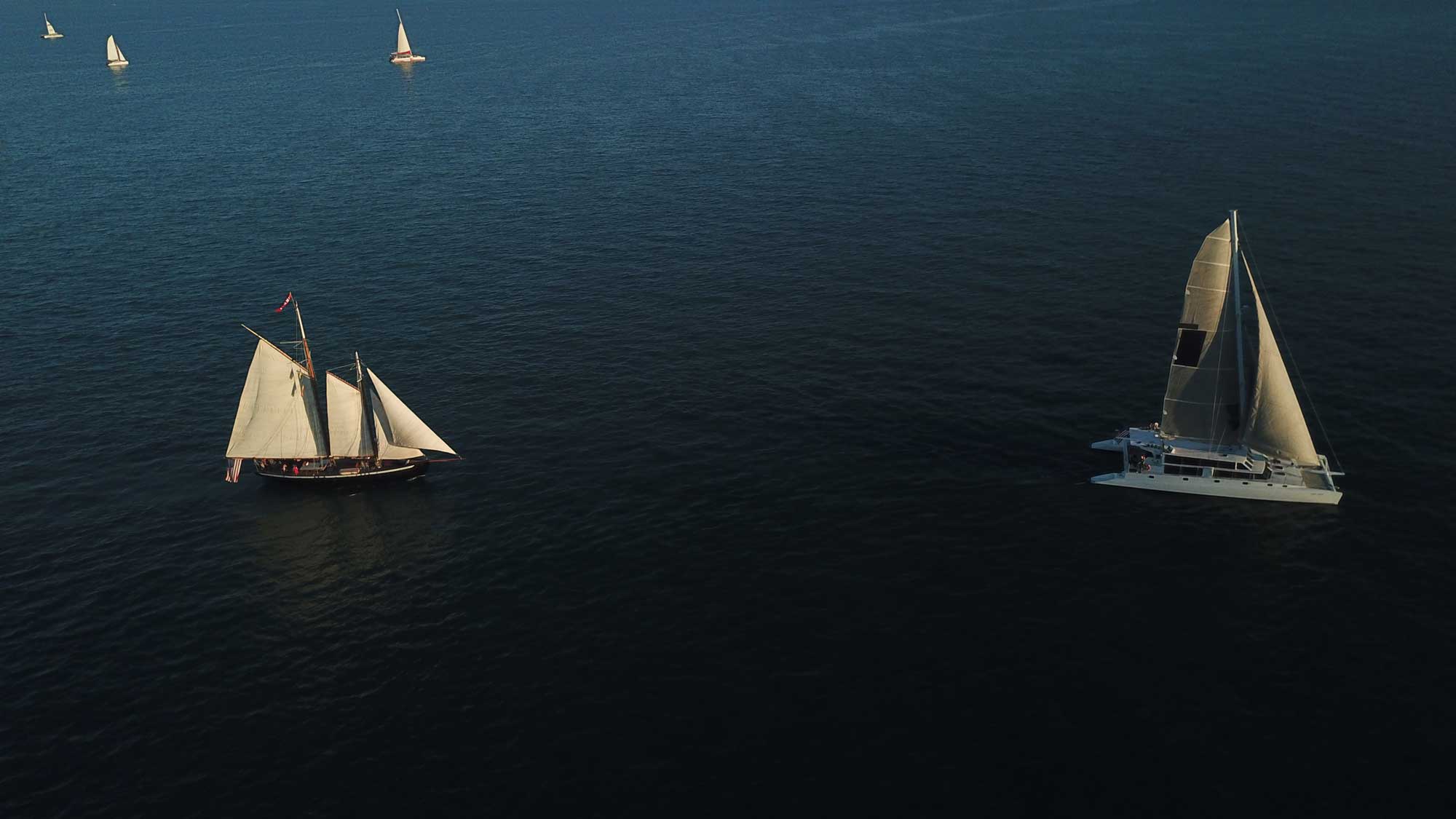 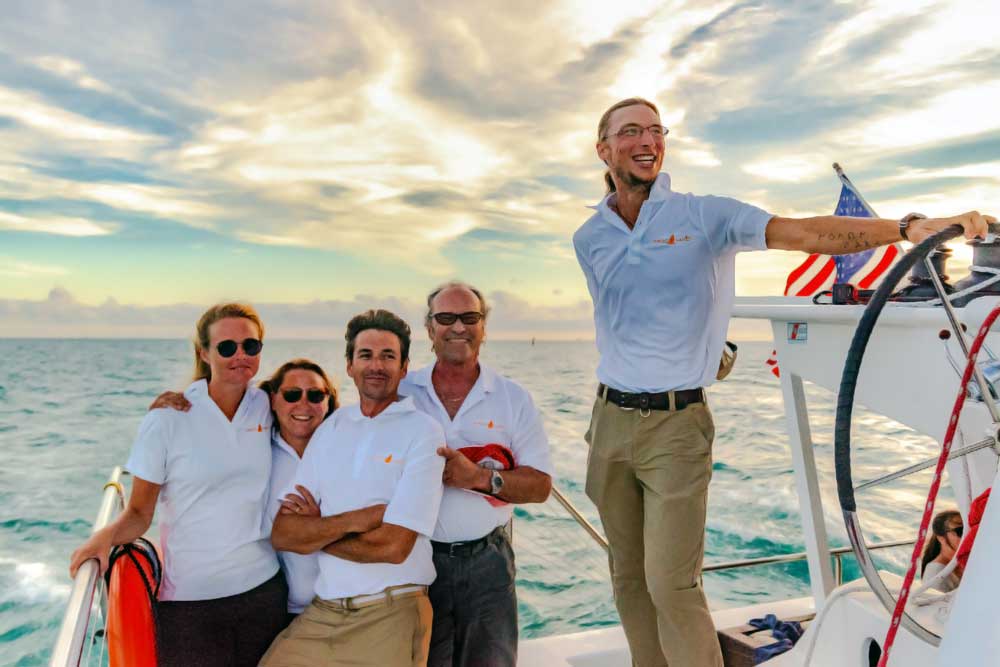 Hindu Charters is a local, family owned and operated business dedicated to providing a unique and personal luxury sailing experience.

Hindu Charters and The Last Boat Built in Key West

The Argo Navis joined the Hindu Charters fleet in 2016. Originally purchased by partners Josh Rowan, Emyl Hattingh, and Walter Shurtenburger (the designer of the yacht) as a vessel with which to run high end private charters to Cuba, her purpose changed when regulations regarding tourism in Cuba changed. It took two years to outfit the boat for the public, but in 2018 she was coast guard certified to carry up to 91 passengers, and just in time as the Schooner Hindu needed some large scale maintenance projects done. In December 2018 the Argo Navis made the trip from the Safe Harbor Marina on Stock Island, to The Hindu’s slip in the Key West Bight Marina and stepped in on the tradition of high end fun and casual sunset and brunch sails. Due to her broad layout and shallow draft she has also been able to offer sandbar sails, and large scale event space.

People are often surprised upon first glance that the Argo Navis is available for public charters; she presents as a private luxury yacht, but she is slowly and surely becoming known as the most comfortable and effortlessly fast sunset sailing option that Key West has to offer. Schooner Hindu fans will miss the rustic beauty of our original boat, but are sure to be won over to the Argo Navis as our generous and hospitable crew serve up their best food and drink options and the Argo cruises along as fast as 11 knots.

While the Argo Navis is a major leap for Hindu Charters stylistically (not an old wooden boat!) she represents a piece of history as she is the last boat built in Key West; possibly the last ever large boat built in Key West. She is 75’ from bow to scoops, and 35’ from port daggerboard to starboard daggerboard (don’t know what these terms mean? Ask your crew! We are always happy to teach as much as we know to those who are interested). It’s worth saying that Captain Emyl of Hindu Charters is as passionate about catamarans as Captain Josh is about classic boats. (When you come aboard you can ask him why!)

We hope you'll join us on your visit to Key West, (or on your weekend or weekday if your lucky enough to live here!) You can find us in front of the dock masters office, and behind the Turtle Museum between Turtle Crawls and Half Shell Raw Bar all year round. We are still discovering all of the things that can happen on the large and lovely platform of the Argo Navis; stay up to date with the adventure in the news section of our website, and on social media!

Thanks for reading our story and for being a part of the Hindu Charters family. We love sailing with you! 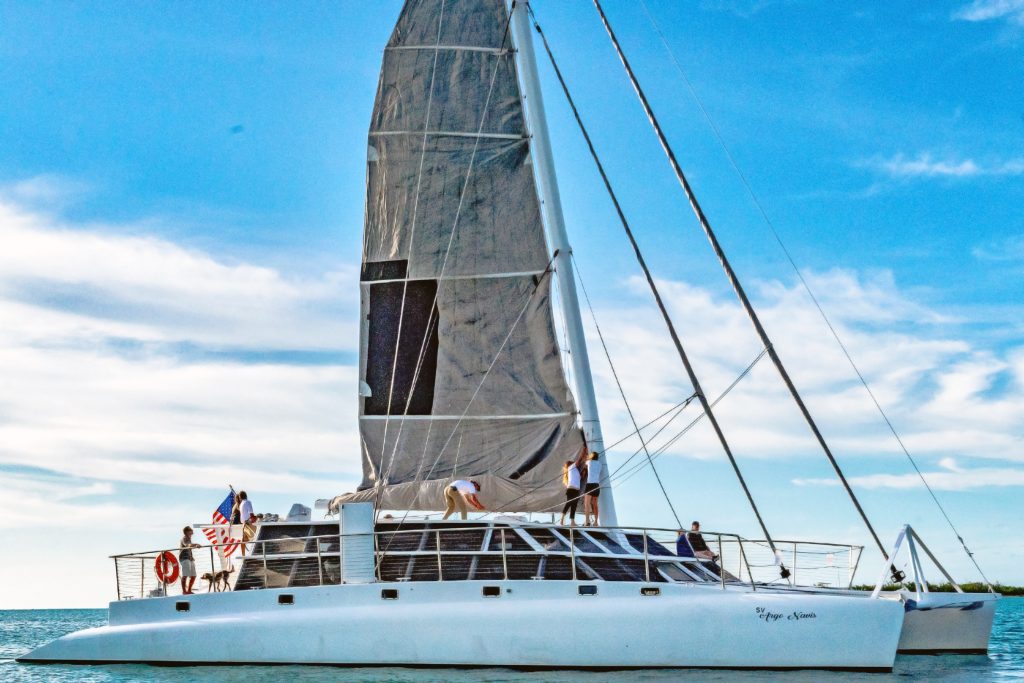 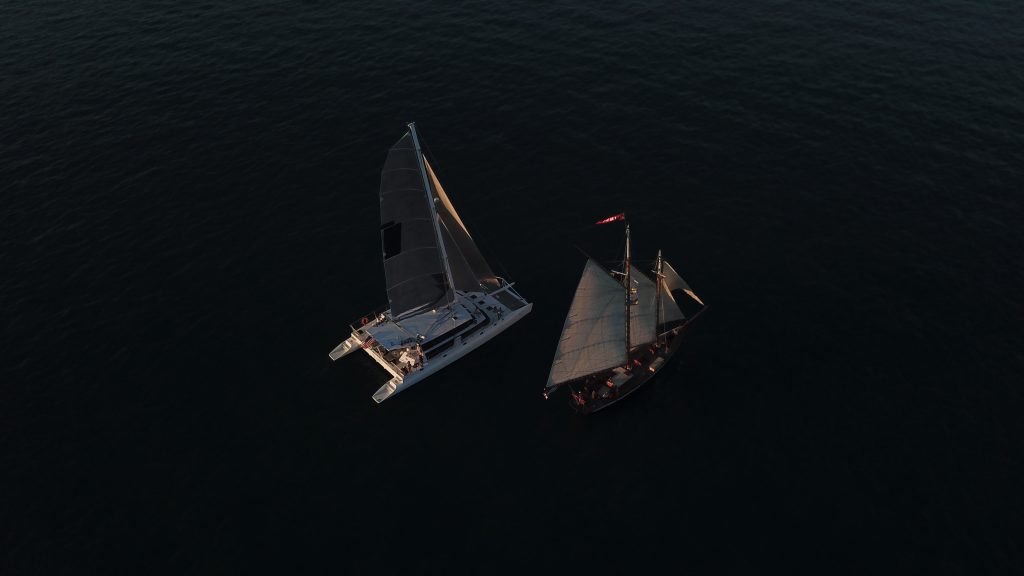 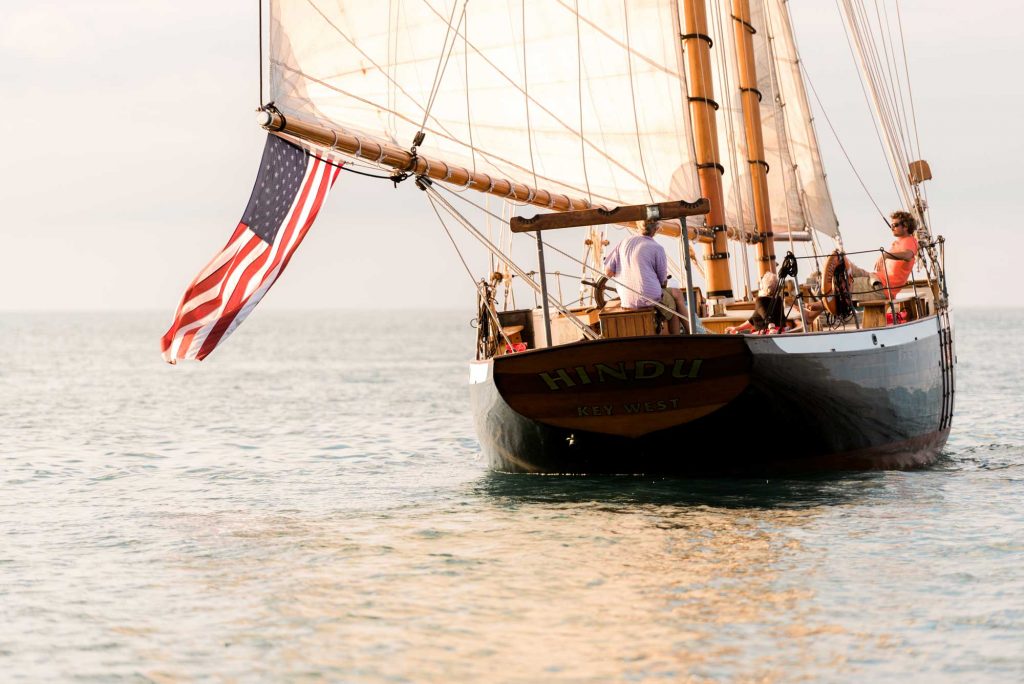 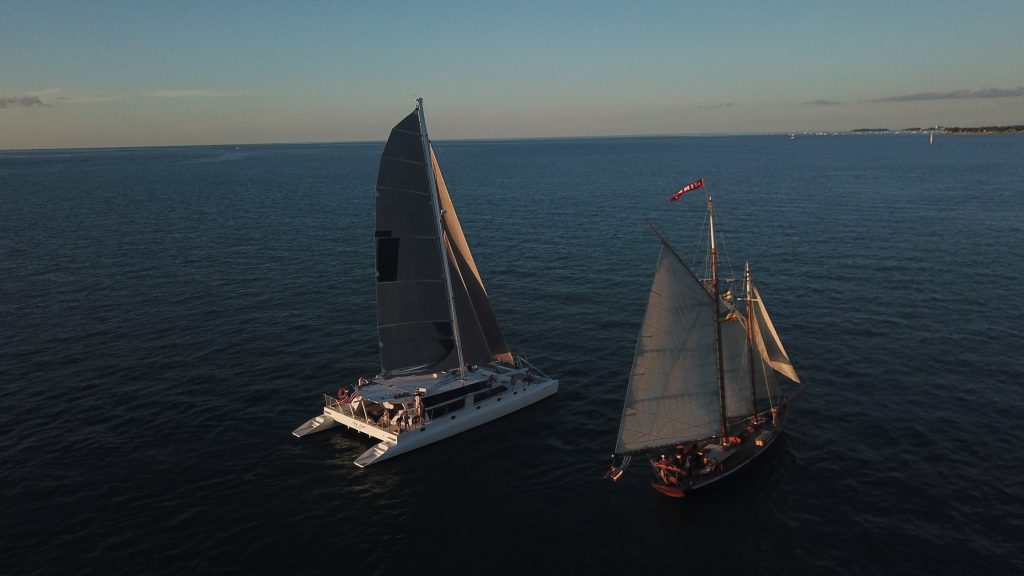 Sail With The Hindu Sailing Famly from Key West year-round on the Argo Navis. Join the Hindu for wintertime sailing in Key West and summer season in Provincetown.