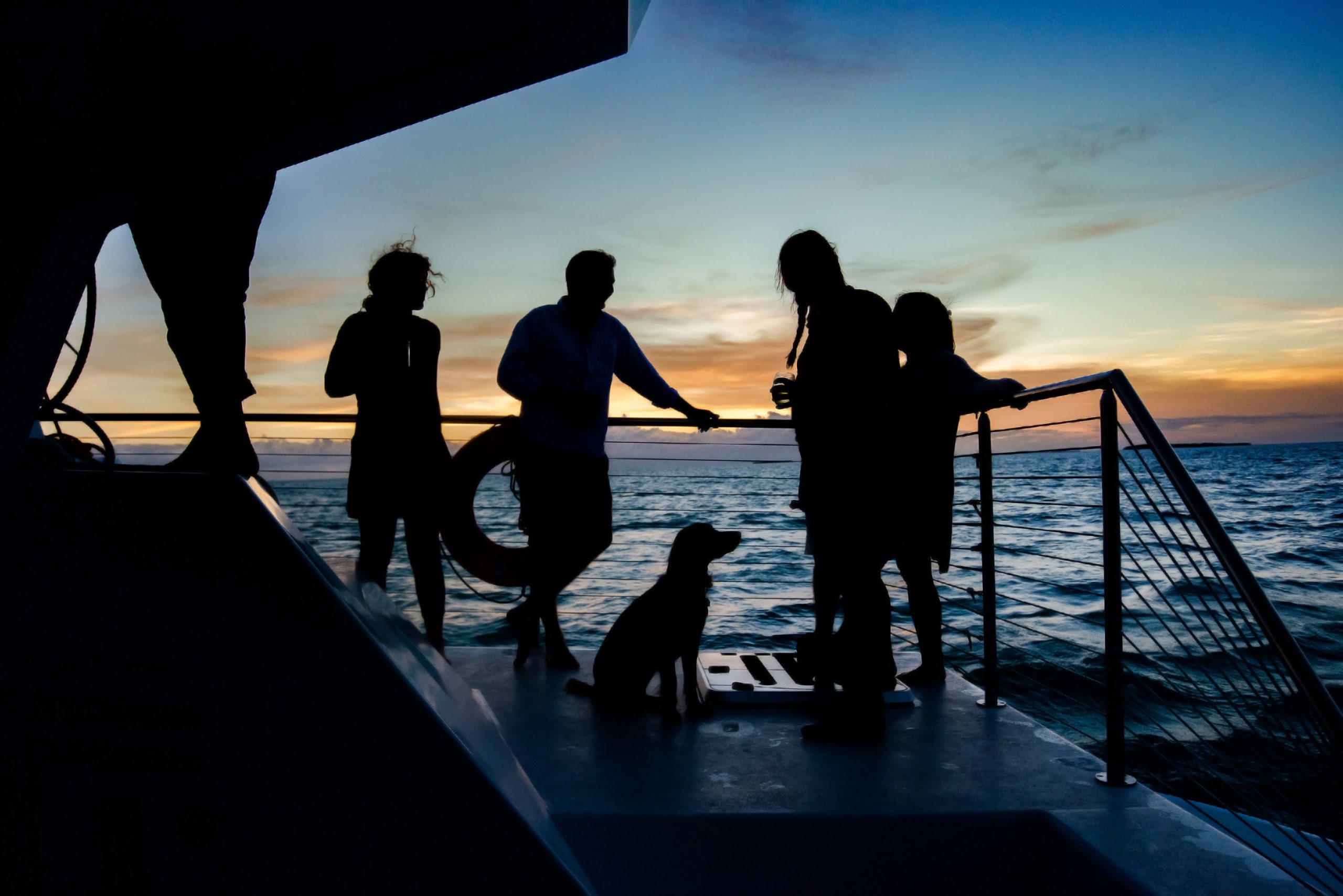 Built a 50’ wooden boat in the mountains of Oregon over the course of twelve years, and sailed it with his four sons and their mother Sheila for seven and a half years through South and Central America.

Works as an architect in Key West Fl, and travels with his vessel the Schooner Hindu when possible.

Traveled to Whales with his college rugby team and played against minors from the mines, still covered in dust.

Slept in front of the Heineken brewery in Holland for a week (where they let him in to eat and drink every day) when he ran out of money at the end of a backpacking trip to Europe in his twenties.

Captain Josh Rowan:Owner of the Bloodhound, Creator of Hindu Charters, Primary Skipper of The Schooner Hindu and the Cutter Bloodhound

Grew up on a sailboat speaking and dreaming in Spanish.

Became a charter boat captain and started a charter business in Key West Fl. at the age of 15 with his parents boat, the Edward D. Rowan, employing several highschool friends who had also grown up on boats.

Studied engineering at Hampshire College and at the Southern Institute of Technology in New Zealand.

Traveled on a KLR motorcycle from Maine to Ushuaia, Argentina.

Has traversed the Panama canal 20 times.

Transited the Atlantic Ocean at 17 years old, after which he continued to traveled the world working as a skipper.

Happily married to the best conch in the world, Martha Hooten.

Helped complete building the Argo Navis, and ran high end private charters to Cuba with her before regulations changed.

Admiral Finnigan: Nautidog Extraordinare on board the Schooner Hindu

Is allergic to the sun! Hence the incredible wardrobe choices

Loves going out on whale watches in Provincetown with her mom Jess, the first female captain of the Dolphin Fleet Whale Watch Charters (Go Jess!)

Pulls in dock lines as the Hindu leaves the dock

1. Born in Key West Fl, and grew up working at her parent’s Bed and Breakfast, the Fish Creek Inn, in Saratoga Springs, NY.

3. Converted a 40’ school bus from Broward County into a tiny home and lived in it for two years while working with adults with mental health and addiction issues and running a homestead farm

4. Writing a comedramady memoir about her life and family

5. Trained to be an ecotour guide in the Key West Florida backcountry with Captain Victoria Impallomeni of Dancing Dolphin Spirits Charters